Happy Thanksgiving from the Bijou! 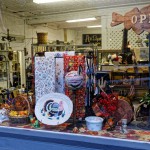 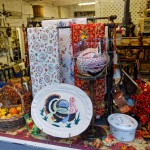 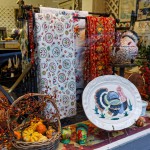 The Bijou Galleries would also like to alert you to the French origins of the Thanksgiving holiday, lovingly described by Art Buchwald as le Jour de Merci Donnant [excerpted here]:

Le Jour de Merci Donnant was first started by a group of Pilgrims ( Pelerins ) who fled froml’Angleterre before the McCarran Act to found a colony in the New World ( le Nouveau Monde ) where they could shoot Indians ( les Peaux-Rouges ) and eat turkey ( dinde ) to their hearts’ content.

They landed at a place called Plymouth (now a famous voiture Americaine ) in a wooden sailing ship called the Mayflower (or Fleur de Mai) in 1620. But while the Pelerins were killing the dindes, the Peaux-Rouges were killing the Pelerins, and there were several hard winters ahead for both of them. The only way the Peaux-Rouges helped the Pelerins was when they taught them to grow corn (mais). The reason they did this was because they liked corn with their Pelerins.

In 1623, after another harsh year, the Pelerins’ crops were so good that they decided to have a celebration and give thanks because more mais was raised by the Pelerins than Pelerins were killed by Peaux-Rouges.

Every year on the Jour de Merci Donnant, parents tell their children an amusing story about the first celebration.

Come get a complementary copy of Buchwald’s le Jour de Merci Donnant at the Bijou, or read the full text online or in the Bijou window.